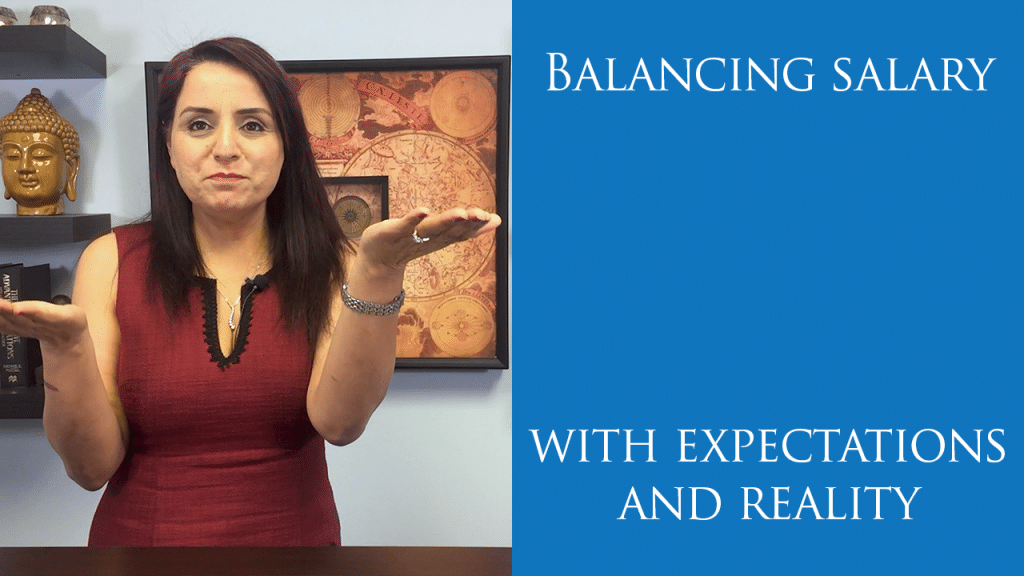 Suky goes into some detail on why it’s not always a good idea to choose the job that gives the highest salary just because of the money.

Hi I’m Suky from Professional Selection. I’d like to talk about why, as a candidate, you should not necessarily take an offer that is paying a lot more money. Don’t go to the highest bidder so to speak. Now ultimately once you’ve gone through a due diligence process you may in fact end up taking that offer but you really need to understand what it is you’re getting yourself into.

Now, normally a higher offer means higher expectations. It could well be that if you’re a salesperson your targets gone up drastically. It could well be that if you’re changing verticals as salesperson, but you are changing industries (so for example going from retail to software) the targets are going to be a lot higher. The money may be a lot higher, the rewards are a lot higher but the targets are a lot higher. Do you have the skill set to achieve those targets within the time frame your company the company is asking you to meet those goals?

That’s something you really need to consider, because if you don’t meet those goals you’re gonna go on performance plan. You may end up out of a job further down the road.

But the other things to consider are ok, I’m being paid another $20,000 for example but right now my commute is half an hour and that’s gonna mean a two-hour commute. What impact is that going to have on your family life? What impact is that going to have on your career? Only you can decide which one of the two there is more important to you. You could well be asked to do a lot more travel. You could be away from home three, four times a year. Could be three four days a week. Again that’s been reflected and compensated in the salary that they’re offering you.

So again, you really need to think about is this a fair trade-off for me? It could be that that offer that is paying you less money than you are on now, but you can afford to live off that money, but you know what you’re now only working four days a week or you’ve got an option to work from home. You’ve got to put a price on that and that’s gonna again get reflected in the base salary.

So at the end of the day don’t necessarily just gravitate towards the offer that’s paying the highest money because as I said with that comes higher expectations. It could be a career maker for you, absolutely, but be mindful of what you’re getting into and make that a conscious decision based on expectations rather than just the dollar figure. As always, I’m sure there’s many different opinions, would love to hear them. Feel free to leave a comment below. Thanks for listening.