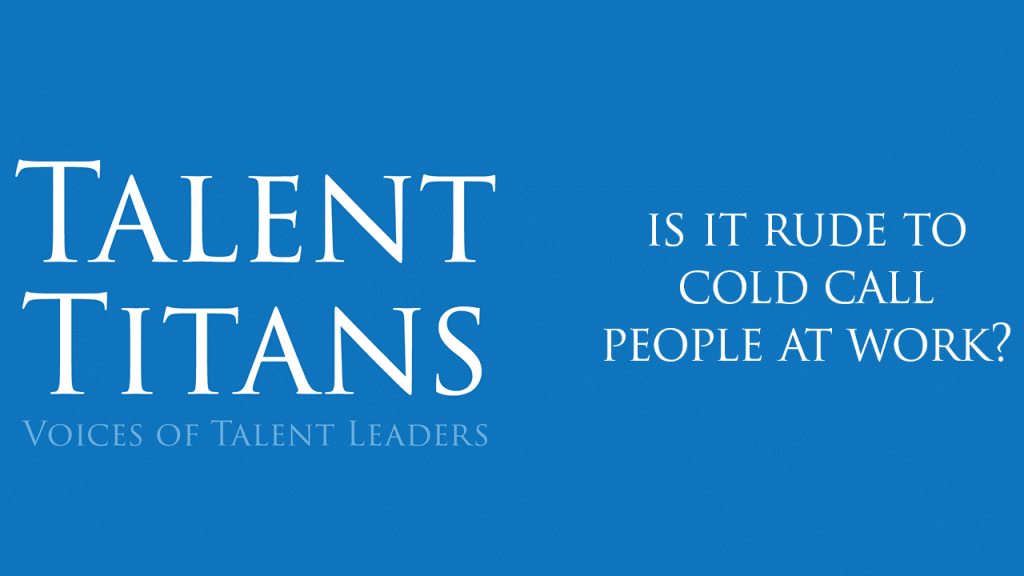 Suky dives into a situation that unfolded on her LinkedIn feed, where recruiters and other discussed cold calling and its demands on your limited time at work. Where do you fall on this issue?

Hi I’m Suky from Professional Selection. Today I want to talk about a post I read yesterday from a recruiter. If I remember correctly she was based in South Africa, but it made me think recruiters around the world all face similar challenges.

This particular lady had talked about how she’d rung a client and how extremely rude the receptionist was. Belittling, rude and you know and to that extent. The recruiter actually posted: “how would you handle it?” and she’d made a comment. And wow, the response she got was pretty shocking. You had those individuals like myself that felt there was really no need for the for the receptionist to be rude to her. At the end of the day everybody’s trying to do a job, and we sell. But then there are other posts and comments like: “picking up the phone and calling people at work is extremely rude you shouldn’t do that in this day and age because everything’s automated. One particular individual who shall remain nameless, but just as an FYI runs a call center, was extremely adamant that ringing people up without an invite is extremely rude.

Listen to that, he runs a call center what does his company do? Anyhow he’d gone on to talk about well if he needs a recruiter he will just google it and find five local recruiters and so forth, which again got me thinking. At the end of the day yes we’re in, where are we, we’re in 2018. A lot of stuff is automated and guess what this industry is going to get even more automated like every other industry. But are we losing the art of communication?

What about literally picking up the phone and the art of having an actual physical conversation human being to human being?

That’s something I just don’t see computers or any level of automation being able to replace. So next time you pick up the phone and it’s a recruiter, or a salesperson, or somebody that’s not invited to call you at that particular time just think about that. Give them that extra second, that extra minute, and if you’re not interested simply say: “Sorry, not interested.”

No harm done. There’s no need to be rude. Anyhow as always I’m sure there’s many different opinions would love to hear them.

Talent Titans #38 – Why Salary Isn’t Everything