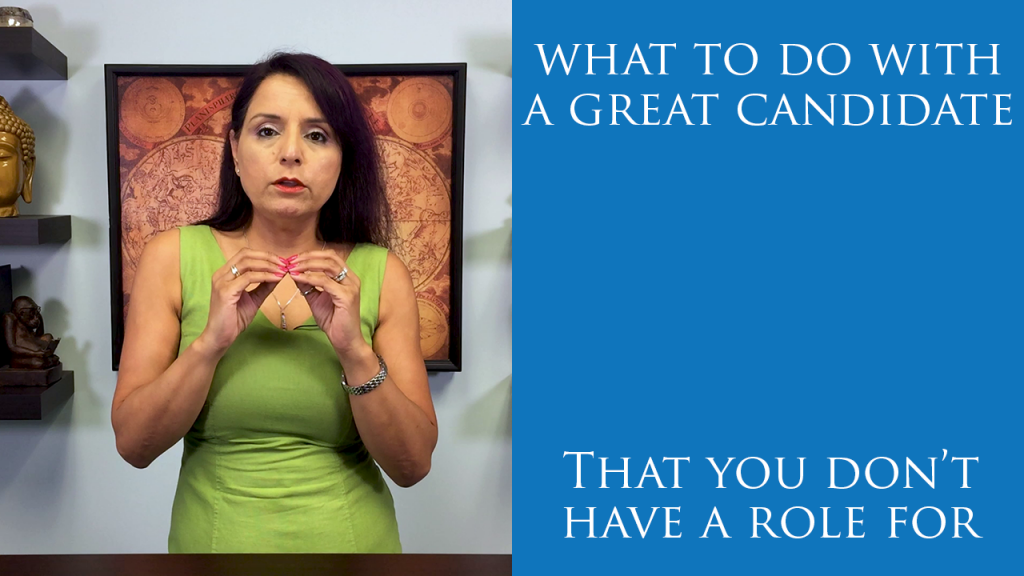 Suky dives in to the frustrating scenario of having an excellent candidate, but no live order they’re suitable for.

Hi I’m Suky from Professional Selection. I’d like to talk about what you as a recruiter can do when you’ve met a fantastic candidate but you simply
don’t have a role for them, and none of your open orders are suitable for them, even though they may have applied for one of those roles. One thing I know for sure, if you’ve got a great candidate do not put them in your drawer, do not go back to the office and shove that CV in the drawer and lose it in a pile of paperwork. That ain’t gonna make you money and that’s going to give you an upset candidate.

So during that interview process you have decided – that’s a great candidate. Whatever your recruitment vertical is, based on that you have a fantastic
candidate, and you don’t have a role.

You pick up the phone and you start talking to your existing client base. That’s what you do you, talk to your existing client base and tell them about the individual that you’ve met. They may not have told you about a role that they’re planning on hiring, they may have a plan six months down the road, you simply don’t know. Or they may actually create a role for this candidate.

They may well be aware of him and now that they’ve got an opportunity to speak to that candidate. That’s gonna be of interest to them, but what do you do if your client doesn’t have a role? You’ve got still got this great candidate.

You then sit down with that candidate and you decide the type of companies that he would be suitable for. Now this is you’re collaborating with a candidate, you’re not telling him that you think he should go to this company. So now you’ve got a list of about 5-10 companies.
Again, it depends on the vertical and how senior the candidate is, that the candidate has expressed an interest in.

That’s the stage you go back to the office and again you pick up the phone. You identify who the hiring manager is and you pick up the phone.
You don’t send an email because that’s what everybody else is doing, and if I don’t know you, why would I read your email?
Doesn’t matter how great your title is, how great a candidate you’re presenting so pick up that phone.

Throughout the whole process make sure they understand that you are working on their behalf. They may not hear from you for about two or three days but that doesn’t mean you’re not working on their behalf. Keep in mind, send them an email at the end of the week even if you’ve got no news but keep that communication going. Last but not least get the candidate the job.

As always, I’m sure there’s other opinions, would love to hear them, feel free to leave a comment below.

An Interview With Craig Brown, CEO and President of Talentcor