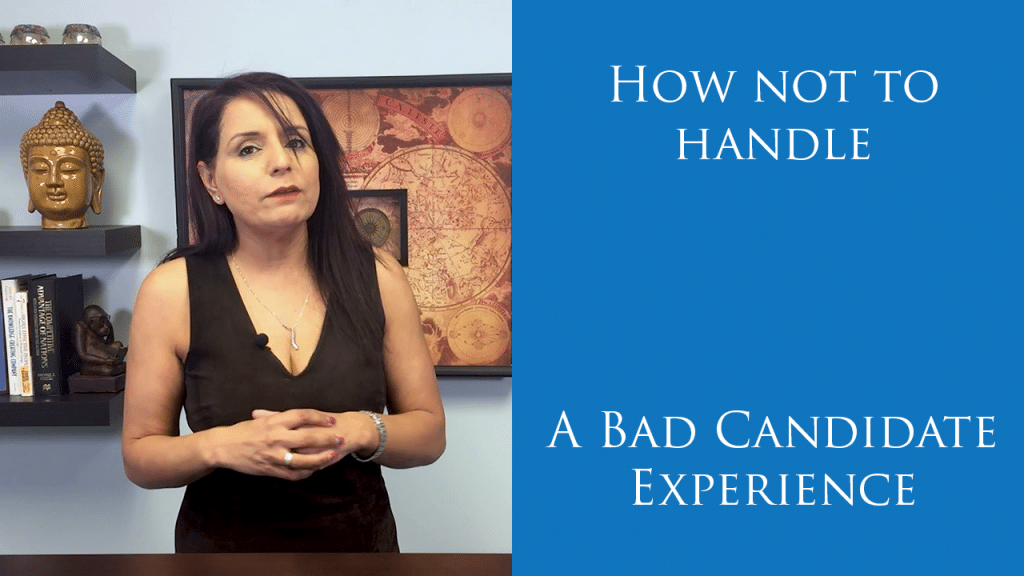 Suky goes in to why you really need to let things go as a recruiter. People talk, and lashing out at a candidate or your employer can come back to haunt you.

Hi I’m Suky from Professional Selection and I’d like to talk about why you shouldn’t put negative comments, statements out on social media.
Doesn’t matter whether it’s Twitter or whether it’s LinkedIn and so forth. Recruiters – we all have those negative bad experiences with candidates.
We’ve all been there, we’ve all had it happen to us. You know, final interview candidate didn’t turn up, didn’t turn up for work and unfortunately I’m seeing a lot of recruiters take to LinkedIn and take their frustration out there. It’s not a good move and I’ll tell you for why.

First of all, you don’t know what’s happened in that candidates personal circumstances that has made that happen. Secondly, your potential clients are
reading that, or even your existing clients and other potential candidates that are in the process. So just be careful what you put out there.
Now, if you have had a negative experience with a candidate I’m not saying don’t say anything. What I’m saying is maybe pick up the phone. But before you
start having a go at them, understand why they done what they done. You don’t know what their reason was. If it is, once they’ve told you what it is, and
if it’s appropriate, then tell them how it impacted you. Because a lot of the time I don’t think candidates are actually really aware of how much work,
time, effort as recruiters we put into their job search.

Now by the same token be careful. If that candidate has told you that the reason they were unable to attend the interview and not call you, whatever the case may be, because they had a personal genuine emergency – don’t talk about how it impacted you. Just acknowledge it and then you move on.

Now by the same token candidates, employees – don’t go posting everything your line manager said to you today because he upset you. First of all that
line manager is probably on social media, so he’s probably reading the comments you’re making about him and if you’re talking about “my current company” it doesn’t take a lot for anybody to work out who your hiring manager is. So they, it’s gonna get back to them. Nobody wants to work with somebody that is complaining about them in a public domain without going to them first.

So my suggestion to yourself, and even if it is a recruiter and not necessarily your line manager, I would pick up the phone and talk to them. If you can’t get your recruiter (as an example) to acknowledge what you’re saying, or respond, or deal with it, go to their line manager. But pick up that phone and communicate.

Anyhow, I’m sure there’s plenty of you out there that would totally disagree with me or have other suggestions. As always, interested to hear so feel free
to leave a comment below. Thanks for listening.

Talent Titans #24 – How To Best Select a Recruiter